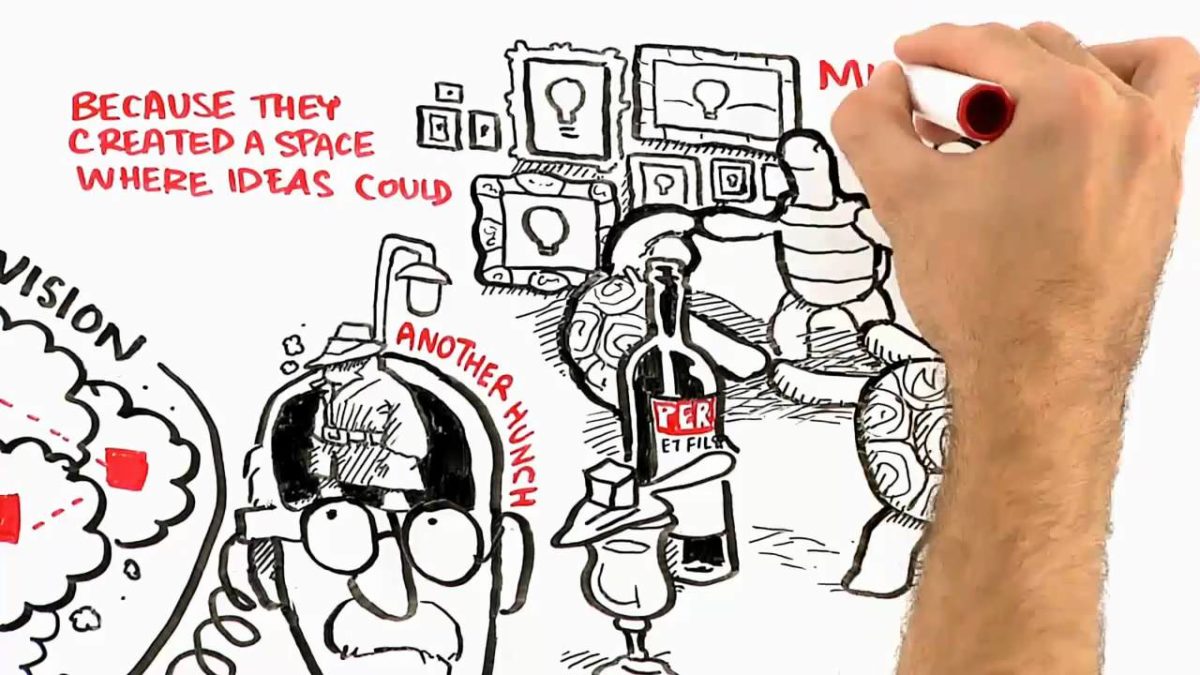 Nearly every problem has been solved by someone, somewhere. The challenge of the 21st century is to find out what works and scale it up. — President Bill Clinton

In preparing for a panel at the Skoll World Forum next month, I’ve been reflecting on that quote by President Clinton, the state of philanthropy, and the power and potential of technology — and technologists — to disrupt it.

Just the other day, Gabe Kleinman announced Medium’s search for a Head of Social Impact, a job that’s premised on the potential for platforms like this to be useful for solving problems in the real world. This announcement pairs well with an earlier article on the end of Big Philanthropy in which he diagnosed a set of behaviors and patterns by private foundations that create counterproductive and myopic approaches for identifying and tackling real-world problems. The agile frameworks of technology, plus the agile mindset of its denizens, makes it a good candidate for disrupting the social change industry. And not a moment too soon, given the state of the world!

Trained as an economist, I think of social change as an industry that exists because governments and markets fail to provide everything people and planet need to be well. Non-profit organizations and social enterprises take philanthropic funding, and turn it into goods and services that aren’t otherwise available. This industry cannot afford to waste time and resources in the face of the urgent challenges of our time (Climate change! Water! Refugees! to name a few). Yet its basic supply chain exhibits many problems, summarized in this picture:

As a recovering non-profit executive I can personally attest to these, and other, pathologies in the social change industry. I have lost count of the number of times I have danced the “dance of deception” with foundations, which is how my friend David Sawyer describes the process by which non-profit organizations contort themselves into alignment with foundations’ logic models in order to bridge the gap between what foundations care about and want to fund, and what’s needed to solve problems on the ground. Industry insiders like Burkhard Gnaerig have diagnosed a systemic malaise, pointing to the global erosion of the core business model of civil society organizations, and exhorting the industry to lead the necessary transformation or be trounced by technological advances.

In a preview of 2016 trends in international development, Tris Lumley predicts that

…in 2016 large established NGOs will wake up to the potential that startups have to disrupt and transform their own strategies and approaches. The pressure to innovate will grow, and the potential to be left behind by startups backed by tech entrepreneurs moving into philanthropy will become a real threat.

The structures and bureaucracy of large NGOs and the locked-in inertia of their traditional funding sources mean that it’s incredibly hard for them to transform their models and strategies. Yet that’s exactly what needs to happen. If we look at any of the megatrends sweeping through the sector — digital transformation, the shift to the south, or increasing focus on market-based approaches — these require the rebuilding of organisations’ approaches from the ground up.

In the private sector, entrepreneurial startups with low overheads and more agile ways of working are fuelling massive disruption across almost all industries. And these models are already becoming more visible in the non-profit sector — just look at startups like […] Sphaera to see what’s possible.

Winners: established NGOs that learn from positive examples in the private sector and invest in collaborative partnerships with startups — rather than viewing them as a threat. These organisations will find themselves in a much better position to respond to the forces driving change in international development.

Losers: established NGOs that fail to address the external forces driving change in international development. These organisations will find themselves increasingly stuck and ultimately in danger of obsolescence.

After 15 years of working in NGOs, I now find myself at the helm of a for-profit, for-purpose tech company that puts a solution-centered view of the world at the heart of our platform for discovering, sharing, and scaling what works. Our approach at Sphaera is predicated on the notion that there is an abundace of solutions, creativity, resources, and value that can fruitfully be organized on a peer-to-peer platform.

We are building a sort of GitHub for social change, putting the best solutions into the hands of people working on the frontlines of change, everywhere. Perhaps not surprisingly, our enterprise is neither a 501(c)3 nor a C-Corp — instead, we are incorporating as a Public Benefit Corporation: like a C-Corp, but with the social purpose hardwired into it. Interestingly, this puts us at odds with the “business as usual” of both foundations and tech companies — at times painfully so. Building infrastructure to scale solutions to real world problems, rather than implementing them directly, makes us unsuitable for 99% of foundation funding. Emerging as we do out of a non-profit organization, and with an origin story that diverges from the Silicon Valley norm, makes us unsuitable for 99% of venture financing. As a matter of principle, we believe in the competitive advantage of collaboration for tackling the challenges of the 21t century. It would create cognitive dissonance of epic proportions to now go about building our business using the uber-competitive land grab strategies prevalent among most tech companies. Our mascot is not the mythical, solitary, unicorn; instead, our operating company is named Armillaria, after the largest living organism on Earth. Not coincidentally it is a highly networked creature.

So this, then, is the solution-centered innovation that is now required — it’s not enough to have technologists work on solutions to the urgent problems of our time. It’s not enough for technologists-turned-philanthropists to create new vehicles and approaches to sharing their newfound wealth. On their own, these two very welcome developments can still lead to the same siloed, fragmented approach to solving problems that’s characterizing philanthropy today.

If we want to change the business of change, we need more tech investors to practice “world positive” (to borrow Obvious Ventures’s term) investing — and not just into the niches of specific clean technologies, food, or whatever other silos du jour, but also into the infrastructure and platforms that connect between the silos, support practitioners in getting more done, and reward the co-creation of value.

And finally, the innovation needs to be more than skin deep: we can’t solve systemic, large scale, urgent problems using corporate structures that are not adapted to the networked, horizontal, agile way of the change we are seeking. So we need funders and entrepreneurs of all stripes to evolve businesses that are designed for the networked, collaborative approaches for accelerating social change — the platform cooperatives that are emerging in some areas are encouraging, as are decentralized organizations made possible by Blockchain and associated technologies.

How does such solution-centered innovation happen? Like all innovation, it comes from finding the adjacent possible, by seeking cross-fertilization across sectors and industries, and by the collision of hunches from across a spectrum of practice. So it’s not that we should be looking to technology and technologists to “save philanthropy”, or expect them to do social change better because they have disrupted other industries. It’s that the collision of technology with the challenge posed by President Clinton is poised to make philanthropy better and faster — and one day, hopefully in my life time, obsolete.

Please check out the panel on April 13, follow the ongoings at the Skoll World Forum on Twitter, and chime in here with any questions and comments — for discussion on the panel and beyond.