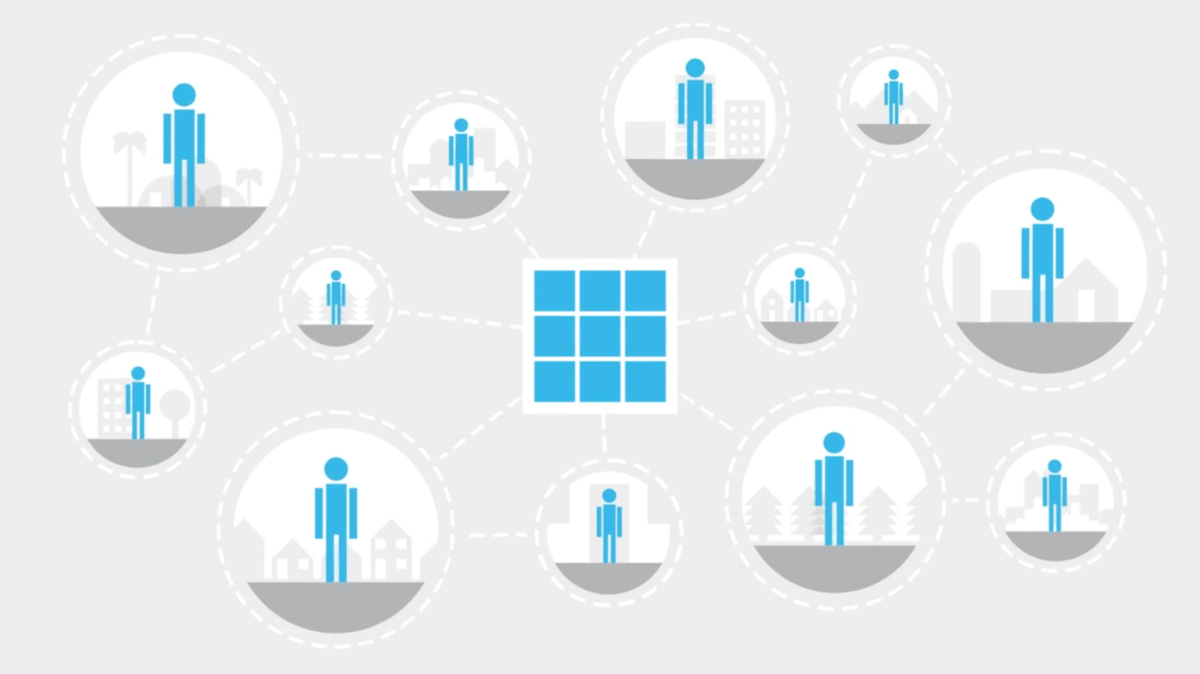 Astrid Scholz spent her last two years of high school at an international boarding school in British Columbia dedicated to peace and international understanding. It’s no wonder she decided she wanted to try to leave the world a better place by doing development work in the Global South. But a gap-year journey from her home in Cologne, Germany, to Africa rid the budding ecological economist of that notion.

“I realized Africa really didn’t need another white person telling them what to do,” says Scholz, a 2001 PhD graduate of the College of Natural Resources’ Energy and Resources Group (ERG). Today, Scholz is the “chief everything officer” at Sphaera Solutions, a Portland, Oregon–based for-profit mash-up of marketplace, social network, and workflow management that aims to disrupt the social-change industry.

A common shortcoming of nonprofits and NGOs, Scholz says, is that they tell good stories about how they’ve solved problems, but do a poor job of making their solutions available to others. That’s where Sphaera comes in. It invites social-change organizations to bring their problems and solutions together on the company’s nascent publicly accessible web platform. The long-term goal: hosting a vibrant online community of more effective problem-solvers. “We need to figure this stuff out much more quickly,” Scholz says, “because the world is on fire.”

Economics makes the world go round

To fund its ambitious goal, Sphaera’s seven-member team offers its cloud-based subscription software to organizations that want to create their own online solution-sharing communities on Sphaera’s platform. With first-year revenues of $185,000, paying clients like the state of Louisiana and the Rockefeller Foundation’s 100 Resilient Cities initiative, and partners that include the Skoll Foundation, Oxfam America, Mercy Corps, and Ecotrust, Sphaera is on its way. But it’s still a lean operation: In addition to leading the company, Scholz earns her “chief everything” title by also doing the books and taking out the trash.

“We need to figure this stuff out much more quickly, because the world is on fire.”

Around that time, she was electrified by the work of Berkeley economist Richard Norgaard, a pioneer of ecological economics—the study of how human economies and natural ecosystems interact. Under Norgaard’s wing at Berkeley, from 1996 to 2001, she wrote her dissertation on the value of plant-derived genetic resources within the field of pharmaceutical drug discovery. Scholz and other ERG students were encouraged to follow their curiosity wherever it led, taking any course they found fascinating and learning how to use—or how to create—the tools needed to solve any problem they chose to tackle.

Learning from every discipline

Along the path to her PhD, Scholz picked up interviewing techniques from the late Berkeley anthropologist John Ogbu. She bounced ideas off Ignacio Chapela, a microbial ecologist and mycologist in the Department of Environmental Science, Policy, and Management (ESPM). And she was inspired by ERG professor emeritus Gene Rochlin, a physicist turned political scientist and technology critic. She even took a civil engineering course, where she learned how to build wastewater treatment plants. “Once you’ve mastered a civil engineering course, you’re not going to be intimidated from picking up whatever else you need to learn,” she says. “But the main thing I discovered was that I could learn anything.”

After graduating from Berkeley, Scholz quickly landed a job at Ecotrust, a nonprofit with a $10 million operating budget that fosters conservation projects that help West Coast communities prosper. She spent two years studying how to improve coastal fisheries while keeping in mind the needs of those doing the fishing. “I literally visited every fishing port on the West Coast,” she says. “In many cases, the fishing people I met said, ‘You’re the first PhD who’s ever come to find out what we think.’” The think-on-your-feet quantitative skills she’d picked up from ecologist John Harte—of both ERG and ESPM—proved invaluable when she testified about Ecotrust’s findings to commercial fishing regulators.

Over the next 11 years, Scholz served as Ecotrust’s economist; led a group developing, among other things, high-tech mapping tools; and, eventually, honed her skills at managing people and leading a large regional nonprofit—she spent her final two years at Ecotrust as its president. Through the years, Ecotrust had created various for-profit social enterprise subsidiaries and spin-offs. Ecotrust Forest Management, for example, helps landowners and investors sustainably and profitably manage forests through selective logging and thinning; it also provides local jobs and fosters healthier forests by increasing species diversity. As president, Scholz continued this work, eventually spinning off Sphaera Solutions.

The ever-busy CEO credits her daughter with helping her stay grounded. “Parenting reminds us of our obligation to future generations,” she says. “I’ve got my own personal reminder-in-chief to remind me every day what really matters: trees to climb on and time to play, the universal goods.”

This article was originally published online at Breakthroughs: the Magazine of the College of Natural Resources, Berkeley University

This website uses cookies to improve your experience while you navigate through the website. Out of these cookies, the cookies that are categorized as necessary are stored on your browser as they are essential for the working of basic functionalities of the website. We also use third-party cookies that help us analyze and understand how you use this website. These cookies will be stored in your browser only with your consent. You also have the option to opt-out of these cookies. But opting out of some of these cookies may have an effect on your browsing experience.
Necessary Always Enabled
Necessary cookies are absolutely essential for the website to function properly. This category only includes cookies that ensures basic functionalities and security features of the website. These cookies do not store any personal information.
Non-necessary
Any cookies that may not be particularly necessary for the website to function and is used specifically to collect user personal data via analytics, ads, other embedded contents are termed as non-necessary cookies. It is mandatory to procure user consent prior to running these cookies on your website.
SAVE & ACCEPT